Connection pooling is ideally suited to workloads that create many, short-lived TCP connections such as those seen by serverless functions. In such scenarios, a function may be called via an HTTP request, make a new TCP connection to a database, execute a query, close the connection and finally return an HTTP response. This process is repeated upon each request resulting in potentially thousands of concurrent requests per second in larger environments.

How Does It Work?#

For a cache with Connection Pooling enabled, the first connection will follow the same process as described above whereby the connection passes through Polyscale to the origin database. Once the client finishes the request or disconnects however, that upstream connection is maintained between PolyScale and the database and the connection is added to the pool for reuse.

The next connection that is initiated will only connect as far as PolyScale and if the requested data is within the cache (cache hit), the request will complete at the PolyScale PoP. This has the following benefits: 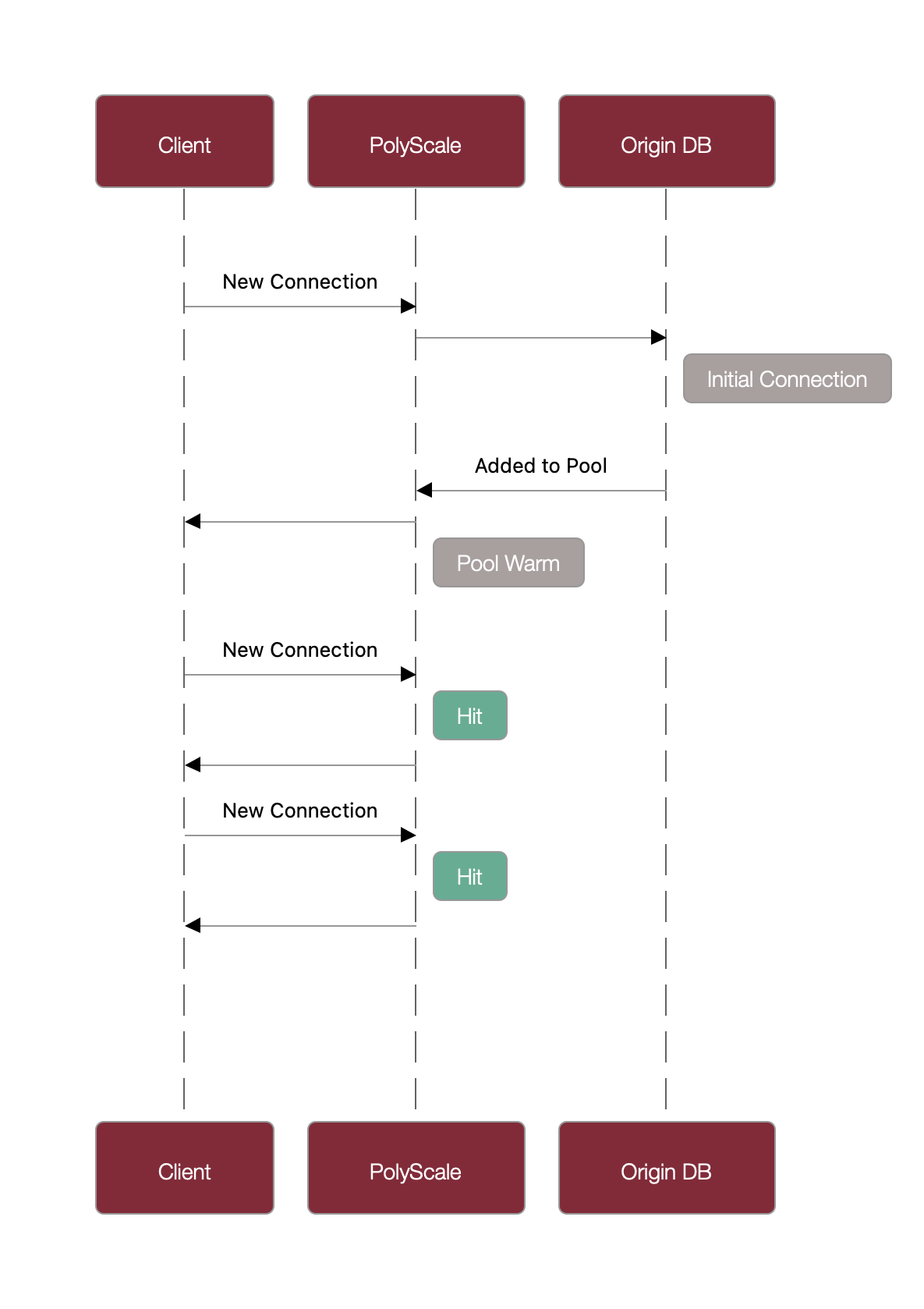 If the data is not cached (cache miss), then the request will be serviced by the already established upstream connection. This provides the following benefit: 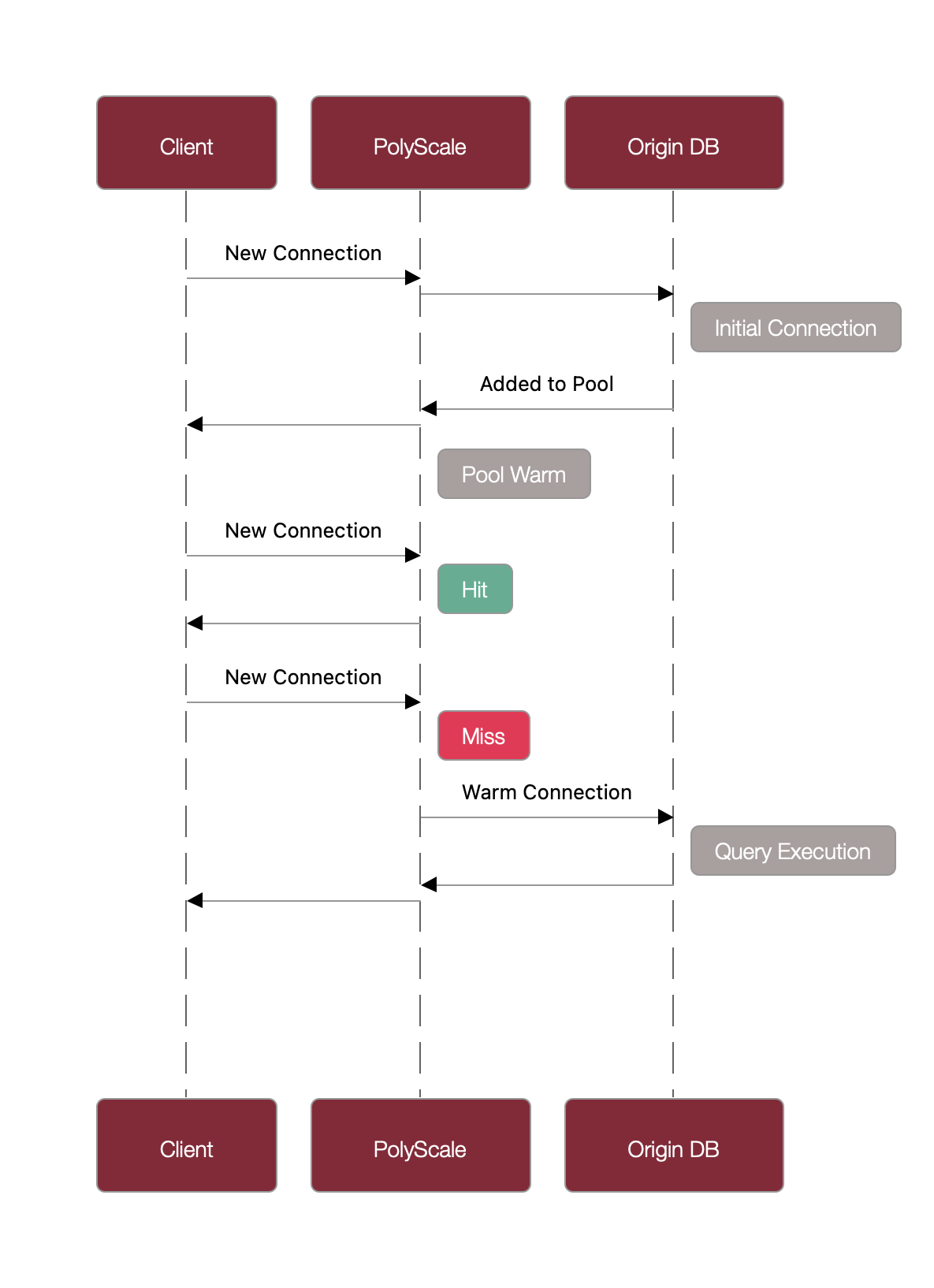 The process repeats to service the required concurrency levels. As noted, if the data is within the Polyscale cache, very large numbers of connections can be serviced without ever impacting the origin database.

When Not to Use Connection Pooling#

If the application employs long lived TCP connections, such as those seen by more monolithic applications, pooling will likely not be advantageous. Many ORM’s and database client libraries utilize client side TCP pooling. These will establish and maintain long lived connections from the application, via PolyScale to the origin database. In these scenarios, the client side pooling will offer the best efficies after the initial connections have been established as the constant connections and disconnects seen by serverless functions are not present.